Skip to Content
Home / CLEANING / Is your bathroom hand dryers as safe as you think? Here is what science says 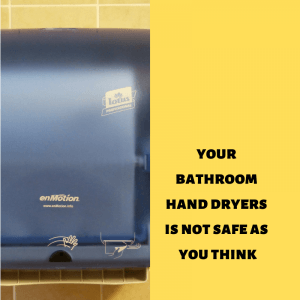 Is your bathroom hand dryers as safe as you think? Here is what scientist thinks.

According to ifiscience, in 2014, a team of researchers from the University of Leeds announced disturbing news concerning the “no touch jet-air dryers” in public bathrooms. The team made a public announcement stating that these air dryers are full of bacteria.

They found out that these increasingly popular device blast bacteria from people’s poorly washed hands into the air and on all nearby surfaces in large volumes which means you can possibly go into a public toilet and walk out of it covered in other people’s germs.

According to the lab-based experiments, bathroom hand dryers introduced 27 times more bacteria into the air than the good old fashioned paper or hand towels and these bacteria spread everywhere at a speed of just 15 minutes.

According to ifiscience, a real life experiment reported by the journal of hospital infections was carried out by Mark Willox and his colleagues who set out to examine how hand drying methods promote bacteria spread in hospital bathrooms.

The investigation was conducted in 3 city hospitals – Leeds, Paris, Udine, later Italy over a period of 12-weeks.

In the experiments, two restrooms used by patients, staff and visitors are selected, and each was set up to use only a set dryer or paper towel. And every day, for four weeks, air swab samples were collected for each bathroom, then after a  2 weeks pause in collection, each restroom were set again to offer alternate drying method.

The process was then repeated three times. The results from these cultures reveal a greater amount of bacteria in all of the restrooms where hand dryers were being used. The most dramatic difference were seen between the surface of the jet dryer itself and all the surface of the paper towel dispenser.

The reporter stated that in Udine, the dryer was covered in 100 times more bacteria, 33-fold higher in Paris and 22 folds in Leeds.

And in the UK restroom, the deadly methicillin-resistant Staphylococcus Aureus (MRSA) bacterium was found three times more frequently in the bathroom using jet dryer, than those offering paper towels. Other penicillin- resistant bacteria like the Cephalosporin (known as ESBL- producing organism) and species of pathogenic enterococci here also found in those restrooms.

While in Parisian and Italian hospitals, few pathogenic or drug resistant bacteria were encountered with each hand drying methods.

The team concluded the experiments by stating that “electric hand dryers are not suitable to be used in clinical setting and as such all existing (NHS) infection control building guidance needs to be amended and strengthened”. Willox team. They added that, there is no justification for their use in any public setting given the risk they present.

Based on earlier research, some French health officials, recently updated their guidelines and discourage use of hand dryers in clinical wards.

Willox explained that the troubles starts because some people do not wash their hands properly, in effects the dryer creates aerosol that contaminates the toilet room, the dryer itself, sinks, floors and other surfaces. And this is also dependent on where the dryer is sited.

He however concluded that paper towels absorb water and microbes left in the hands and if they are to be disposed of properly, then there is a lesser chance of air contamination which them.

In my own little conclusion, I think everyone should be patient enough to wash their hands properly after easing themselves. I mean we could really enjoy the comfort hand dryers provide if we do.

I really love hand dryer and I believe, “everyone does”

It will be such a shame if it becomes a health hazard because of some avoidable carelessness.

And the changes, starts from “you” 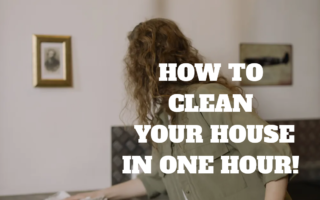 How to Clean Your House In Just One Hour 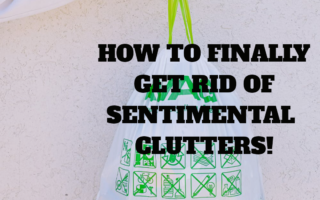 How to Finally Get Rid of Sentimental Clutters 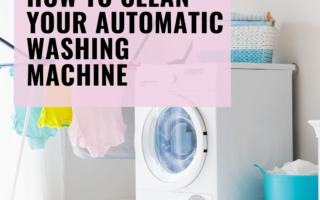 How to Clean Your Automatic ( Top & Front loading) Washing Machine